Desiderata was written in 1927 by Max Ehrmann, a poet and lawyer from Terre Haute, Indiana. The word desiderata means “things that are desired.” Ehrmann said he wrote it for himself, “because it counsels those virtues I felt most in need of.” These virtues have been valued by countless others as Desiderata rose in popularity in the late ’60s and early ’70s. It is making a strong comeback today, as parents and grandparents are passing along this wisdom to their loved ones.

The Desiderata history is an interesting one, as there has been confusion surrounding the author of this prose poem. It is often mistaken that it was written by an anonymous author in 1692 and was found in Old Saint Paul’s Church.

The Rev. Frederick Ward Kates was rector of the church from 1956 to 1961. During that time he used the words of Desiderata in a mimeographed booklet he gave to his parishioners to read. On the cover of the booklet was the church’s name and year it was founded: “Old Saint Paul’s Church, Baltimore, 1692.” The two became inextricably linked and even today it is hard to tear them apart.

When Adlai Stevenson died in 1965, a copy of Desiderata was found by his bedside. He was preparing to use it in personal Christmas cards that year. He attributed the poem to an unknown 17th century author.

A Baltimore authority on early English literature said, “This work, as it reads now, was not written in 1692. The words are not those of the seventeenth century, nor is the composition.” 4

Max Ehrmann copyrighted his work in 1927. He died in 1945. Three years later his widow included Desiderata in The Poems of Max Ehrmann, published in 1948 by the Bruce Humphries Publishing Company of Boston. In 1967 Robert L. Bell acquired the publishing rights from the Bruce Humphries Publishing Company, where Bell was president, and then bought the copyright from Richard Wright, nephew and heir to the Ehrmann works. 4

When Robert L. Bell tried to protect his copyright of Desiderata against the “Combined Registry Company in its unauthorized publication of Desiderata in its August, 1971 issue of Success Unlimited magazine,” a U.S. Court of Appeals held that Max Ehrmann had previously forfeited and abandoned his own copyright. But through other court hearings Mr. Bell successfully retained copyright and in a 1976 court ruling, Les Crane, who had recorded a spoken word version, had to pay royalties to Mr. Bell.

Perhaps in an attempt to avoid copyright issues, sometimes the words have been changed. One of these deviations is from the original words “Be cheerful” to “Be careful.” While this change might not be in the spirit of Ehrmann’s writings, the true ending in both of these versions, “Strive to be happy,” is.

Artist and calligrapher Sherrie Lovler has designed two beautiful versions of Desiderata prints and posters, one with roses and one with diamonds. Many colors and sizes to choose from. Read your own copy every day! 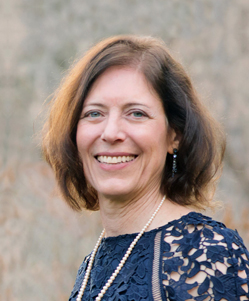 Sherrie Lovler is a calligrapher, artist and poet. Her calligraphy has been honored in books and magazines for many years. She teaches abstract calligraphic painting workshops nationally. Sherrie's book, On Softer Ground: Paintings, Poems and Calligraphy, won a gold medal for Most Outstanding Book Design of 2016 from Independent Publisher Book Awards.

“Sherrie, Got the prints today and they are absolutely beautiful!!! Thank you sooo much. I will be ordering more.”
~CM, Longmont, CO

“Sherrie I almost cried at the beauty of your artwork (it arrived today). Oh My—just incredible! Thank you so much!”
~CC, Lloyd, FL

“Hi Sherrie, My order arrived yesterday. I wanted to say—Thanks! It is absolutely beautiful and I couldn’t be happier. I was also impressed with your great shipping…the box within the box along with all the paper wrapping…”
~MD, Centreville, VA

Go to top of page.